Share a memory
Obituary & Services
Tribute Wall
Read more about the life story of Frances L. and share your memory.

Frances Lee Wilson Canty was born to the union of Henry and Lizzie Bell (nee Coleman) Wilson on April 19, 1937, in Cincinnati, OH. She was the oldest of four children.

She was educated in the Cincinnati Public School System and graduated from Withrow High School in 1955. After she graduated, she moved to Nashville, TN to live with her aunt and uncle. After living in Nashville for a short time, she enrolled in Tennessee Agricultural & Industrial State University. While attending Tennessee A&I State University, she participated in sit-ins against segregated lunch counters and encouraged people to register to vote. When she heard the Greyhound buses for the Freedom Riders were bombed outside of Anniston, AL and Freedom Riders were almost killed, she was extremely concerned for the Civil Rights movement. She was convinced the Freedom Rides would stop, the movement would end, and segregation would be worse than ever.

On May 28, 1961, while a student at TSU, her Christian faith and belief in inequality led her to join the Student Nonviolent Coordinating Committee (SNCC) and participated in the Freedom Rides in the deep south. She understood the importance of how much the Freedom Rides were needed to defy Jim Crow laws and call for a change. Prior to getting on the Greyhound buses, Frances, along with other students, willingly signed their living wills, knowing they were facing threats, abuse and even death along their journey. However, her moral integrity lit her soul on fire to see liberation through the Civil Rights Movement (defying interstate transit segregation).

Along with eight other students, she left Nashville, TN on a Greyhound bus and arrived in Jackson, MS. Once she was there, Frances walked directly into the “Whites only” waiting room and was immediately arrested and taken to the city jail. The next day she was tried and found guilty of breach of the peace. She was fined $200 dollars and sentenced 60 days in jail. She, along with the other students, were transported to Parchman Penitentiary. While in Parchman, Frances stayed in a cell that was close to the electric chair.

During her later years, she often recalled her time at Parchman Penitentiary and how she had a view of the electric chair from her cell while she was there.

She was released on bail in the middle of July and went back to Tennessee A&I State University, but learned she had been expelled from school due to her participation in the Freedom Rides. She moved back to Cincinnati, OH.

Frances married William Canty on January 5, 1962, in Lawrenceburg, IN. They were blessed with five wonderful children: two daughters and three sons and raised their family in Cincinnati, OH. She taught her children about having a strong work ethic and exhibited it by working at the Internal Revenue Service for 47 years.

After retirement, Frances enjoyed her time traveling, spending time with family and friends, attending church, and volunteering with the MLK Coalition Cincinnati.

On May 3, 2011, President Barak Obama issued an official proclamation marking the 50th Anniversary of the non-violent segregation efforts of the Freedom Riders. President Obama stated that “because of their efforts and the work of those who marched and stood against injustice, we live in a country where all Americans have the right to dream and choose their own destiny.” She was extremely excited about meeting President Barak Obama. Soon afterwards Frances, was invited to be on the Oprah Winfrey show honoring the surviving members of the Freedom Riders. She spoke at several speaking engagements doing her duty to spread the word about fighting injustice and inequality.

During the Summer of 2011, Frances was invited back to TSU after being expelled many years before. However, this time her family watched her march across the stage and receive her honorary degree from Tennessee State University. On October 2, 2014, Frances was also inducted into the Ohio Civil Rights Hall of Fame.

She attended First Baptist Church of Kennedy Heights faithfully with her husband and was baptized in 2020.

To send flowers to the family or plant a tree in memory of Frances L. Canty, please visit our floral store.

Video is available for this event 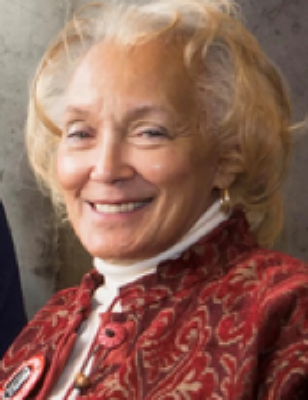