Share a memory
Obituary & Services
Tribute Wall
Read more about the life story of Ruby and share your memory.

Ruby was born in Trenton, Tennessee on September 23, 1927.  She was the second youngest of nine children.  In 1946, she moved to Cleveland, Ohio to marry James Edward McLin.  They were married 48 years before Jim’s passing.  Ruby and Jim were blessed with two children.

Ruby was a member of Parkwood CME Church where she served on the Booster Club for many years.  In her later years, she enjoyed watching Joel Osteen on Sunday mornings.  She was also an avid fan of baseball and basketball; often catching the games on television and the radio.

In 2006, she relocated to Cincinnati to be cared for by her daughter and son-in-law, making Springdale her home for the last 16 ½ years.

She was known as Mama, Grandma, Aunt Ruby, Ms McLin, Ms Ruby, and friend.  Ruby peacefully passed at home in her sleep on November 23, 2022 having recently celebrated her 95th birthday.

The family welcomes donations to https://www.healingcentercincinnati.org/ways-give as an expression of sympathy.

To send flowers to the family or plant a tree in memory of Ruby McLin, please visit our floral store. 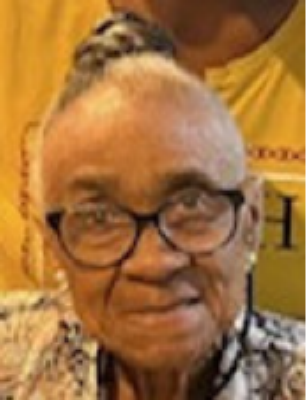