Share a memory
Obituary & Services
Tribute Wall
Read more about the life story of Wendy L. and share your memory.

Wendy L. Pugh was born in Hazelwood, Ohio on October  17, 1961. She was the only daughter of Glen and Grace Pugh. Wendy always spoke so highly of both her parents and how much she enjoyed her childhood with them. She often spoke about how special her parents made her birthdays. Wendy has three brothers, Chuck (James), Howard and Eric Pugh, who she loved dearly. She spoke fondly of all three of her brothers as often as she could. She often spoke about how much she missed and enjoyed causing mischief with her brothers in their younger years.

Wendy attended school in the Sycamore district where she played basketball and eventually graduated. Once graduated, she made her way to Florida, which started out as a two week trip and quickly turned into a few years trip when she met and married her first husband, Charles B. Kwarteng I. On August 6, 1982, they welcomed their first and only child together, Charles B. Kwarteng II.

In 1984, Wendy moved to Lockland, Ohio and soon after, met Keenan E. Robbison and welcomed two more children, Keenan T. Robbinson on December 12, 1989 and James H.D. Pugh on May 6, 1991. James was born prematurely and during that ordeal, Wendy found faith in worship with The Church of Jesus Christ of Latter-Day Saints-Montgomery Ward. Wendy attended church on a regular basis and was beloved by many church members. Wendy was even a Primary Sunday School teacher before Covid-19 took effect.

Aside from being a beloved Daughter, Sister, Mother and Friend, Wendy’s most treasured passion was being a beloved Grandmother or Big Momma/Big Nanny as she loved to be referred to by Charles’ four children, Kyrah (20), Kavan (19), Kahlen (17) and Lamir (11) and James’ three children, Audrey (11), Darrell (7) and Charlotte (4). She was so proud of each and everyone of her grandbabies for their unique talents, whether it be writing, art or football. She believed they were destined for bright futures.

Wendy was a true lover of horror films and cult classics and watched them almost daily. She truly loved Chucky and Pinhead. Wendy enjoyed many forms of music and dancing. When she wasn’t watching movies, she had headphones on listening to YouTube. Wendy enjoyed a good joke and engaged in pranks. She was a joy to be around and always had a smile on her face.

Wendy started feeling unwell around Halloween of 2022 and on November 18, 2022, she passed away surrounded by family and friends at UC Medical Center-Clifton. Wendy is received in death by both her parents, Glen and Grace; her two brothers, Chuck and Howard; and her son, Charles.

To send flowers to the family or plant a tree in memory of Wendy L. Pugh, please visit our floral store. 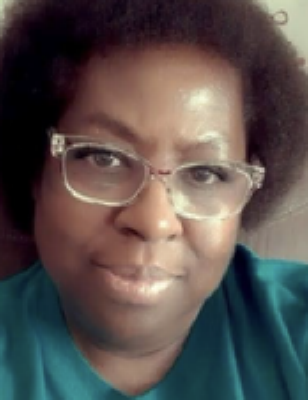